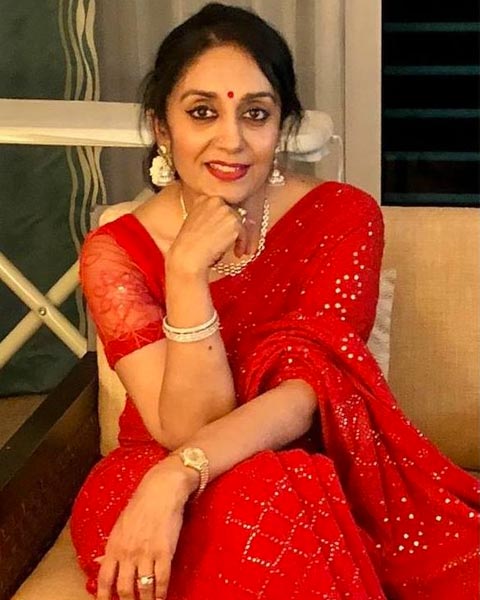 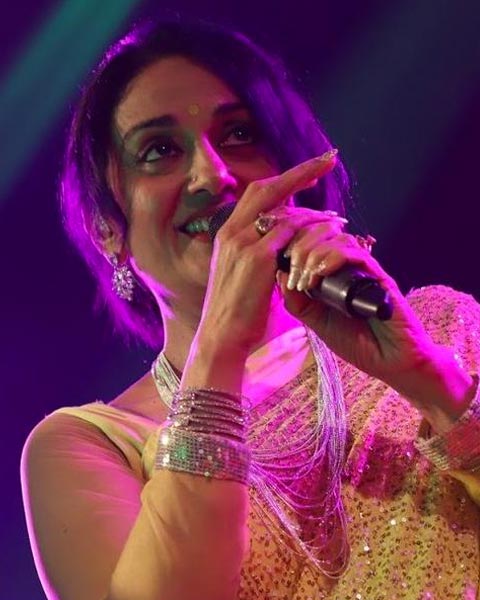 Anuradha Palakurthi’s Guru and Guide for all musical pursuits is Vidushi Arati Ankalikar-Tikekar.

Anuradha’s life story is here, in an interview with Upendra Misra of India New England News

Anuradha is the serving Chairperson of MIT’s Heritage Arts of South Asia (MITHAS) and co-hosts a weekly Radio Music India show on WLYN 1360 that educates and entertains listeners on the Carnatic & Hindustani classical roots of Indian Film music.

Anuradha has recorded playback for South Indian films. Widely regarded for her versatility across vocal genres, she was the featured female singer in live shows in the USA with Kumar Sanu, Suresh Wadkar, Deepak Pandit and Bappi Lahiri.

Anuradha recorded a duet with Hariharan for Ekal Vidyalaya – a song written by Sunayana Kachroo and composed by Guitarist Prasanna, Drummer Sivamani and a group of 14 multiple-Grammy winning musicians from across the globe.

Anuradha’s R. D. Burman (Pancham) tribute in June 2015 at the Berklee Performance Center is considered to be one of the finest outside India.

Juju Productions is a music and video production company.  Artists and singers will work with Anuradha Palakurthi-Juju to produce content that attracts global audiences – transcending national and cultural boundaries even while being rooted in Indian traditions.

“I have been in Bollywood for almost 50 years and I’ve worked with all the legendary music directors and singers- […] she is a mix of Lata Mangeshkar and Asha Bhosle.”

“Nobody in India will believe that a singer of this caliber exists in America.”

“Anuradha is the most versatile singer of Indian origin since Asha Bhosale-ji.”

“Anuradha’s singing throughout the R.D. Burman show was simply the best I have heard in an Indian film show in a long time!”

“She is the best Bollywood singer in America.”

“The very talented Anuradha Palakurthi, led a wonderful team of singers and musicians and their performances left the packed audience spellbound.”

In a blatant display of nepotism, Anuradha appointed her husband, Prashanth to the role of CEO. His earlier experiences in software and finance industries do not qualify him for this job. However, he has promised to learn fast. As always, he surrounds himself with people that know more than he does. 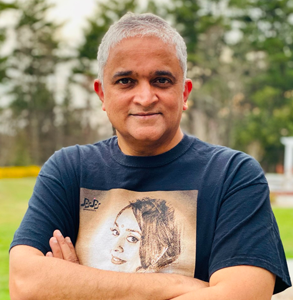